The game consists of four players divided into two teams of two elements, one team consisting of two defenders and the other by two attackers.

Defenders guard the houses while the attackers throw the «Bolacha» / «Rodela» or the rag ball toward the forks with the goal of knocking it down.
The first step to starting a game would be the decision of who would start defending.

The game begins with the launch of «Bolachas» / «Rodelas» or rag ball, aimed at knocking down the «fork» of the opposite house.

Another objective of the game was to obtain the highest result by changing the position from one house to another, scoring one / two points for each «exchange», being the only point scorers those currently in the task of defenders.

2.1 The Materials of Beto Game are two large sticks (bats), two pairs of â€œforcalhasâ€ and a cork wheel
2.2 The size of the bats varies depending on the age and characteristics of the players.
2.3 A pine or a cloth ball can be used instead of the cork wheel if there isn´t any.

3.1 The field of the game must be a â€œlarge, plain and free of obstacles free space.
3.2 The distance between the houses should vary between 15 and 20 meters, depending on the age and characteristics of the players.

6. The Exchange between the player function

8. The handling, throwing and hits

9.1 During a game, only the defenders can score.
9.2 The defending team can only score through the exchange of houses, as many times as they can, after the hit on the cork wheel.
9.3 The scoring can only be validated if the defender hit both his house and the attackers house, being given one point for each time he does that.

10. The Start and the End of the game

10.1 Before the game starts the teams are chosen through a game known as â€œTirar-Sortesâ€, staying the winners as the defenders.
10.2 The start of the game is when the attacker first throws the cork wheel.
10.3 Each game is point-limited, being this limit left to the players consideration.
10.4 The point-limit is, usually between 24 and 30 points.
& The players can choose other point-limit, taking in consideration factors as the players age and characteristics, as well as the time available to play.

The analysis of literature shows that several traditional games have no data on the way of life of its time nor any information on the possible predecessors of the traditional games played nowadays. From the same analysis, we also concluded that we canâ€™t establish an accurate age of the Betoâ€™s Game played in Serpins, but only one estimated age. However, the elements we retrieved during the research on the social representations and on the game itself, allow us to consider that this game, the one played in LousÃ£â€™s District, is, at least, one century old , as the players, with ages between 55 and 73 years old, said that the game â€œhad been taught to them by the elders, over the timesâ€. Curiously, the majority of the players said that they didnâ€™t know any game similar to the one they played, nor they knew about the existence of the British cricket.

In conclusion we know this game by the oral tradition, this game as an adolescent and adult men game played in threshing-floor or on the large field, on Sundays afternoon in community of Cova do Barro, Vale de Madeiros, at village of Serpins.

The sole objective is the confrontation between two teams and their defensive and offensive abilities, trying to invert positions and thus achieve a preset score that would dictate the end of the game and subsequent victory of the team that got to that score, regularly set between 24 and 30 points. 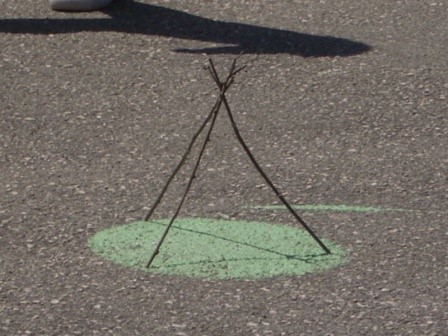 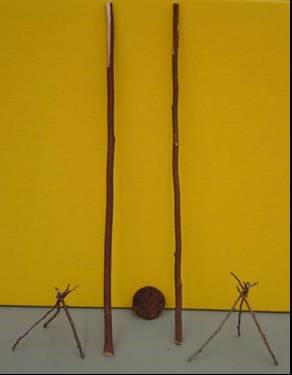