Lawn bowls is usually played on a large, rectangular, precisely levelled and manicured grass or synthetic surface known as a bowling greenwhich is divided into parallel playing strips called rinks. In the simplest competition, singles, one of the two opponents flips a coin to see who wins the «mat» and begins a segment of the competition (in bowling parlance, an «end»), by placing the mat and rolling the jack to the other end of the green to serve as a target. Once it has come to rest, the jack is aligned to the centre of the rink and the players take turns to roll their bowls from the mat towards the jack and thereby build up the «head».

A bowl may curve outside the rink boundary on its path, but must come to rest within the rink boundary to remain in play. Bowls falling into the ditch are dead and removed from play, except in the event when one has «touched» the jack on its way. «Touchers» are marked with chalk and remain alive in play even though they are in the ditch. Similarly if the jack is knocked into the ditch it is still alive unless it is out of bounds to the side resulting in a «dead» end which is replayed, though according to international rules the jack is «respotted» to the centre of the rink and the end is continued. After each competitor has delivered all of their bowls (four each in singles and pairs, three each in triples, and two bowls each in fours), the distance of the closest bowls to the jack is determined (the jack may have been displaced) and points, called «shots», are awarded for each bowl which a competitor has closer than the opponent’s nearest to the jack. For instance, if a competitor has bowled two bowls closer to the jack than their opponent’s nearest, they are awarded two shots. The exercise is then repeated for the next end, a game of bowls typically being of twenty-one ends.

It has been traced certainly to the 13th century, and conjecturally to the 12th. William Fitzstephen (d. about 1190), in his biography of Thomas Becket, gives a graphic sketch of the London of his day and, writing of the summer amusements of the young men, says that on holidays they were «exercised in Leaping, Shooting, Wrestling, Casting of Stones [in jactu lapidum], and Throwing of Javelins fitted with Loops for the Purpose, which they strive to fling before the Mark; they also use Bucklers, like fighting Men.» It is commonly supposed that by jactus lapidum, Fitzstephen meant the game of bowls, but though it is possible that round stones may sometimes have been employed in an early variety of the game – and there is a record of iron bowls being used, though at a much later date, on festive occasions at Nairn, – nevertheless the inference seems unwarranted. The jactus lapidum of which he speaks may have been more akin to shotput. It is beyond dispute, however, that the game, at any rate in a rudimentary form, was played in the 13th century. A manuscript of that period in the royal library, Windsor (No. 20, E iv.), contains a drawing representing two players aiming at a small cone instead of an earthenware ball or jack. The world’s oldest surviving bowling green is the Southampton Old Bowling Green, which was first used in 1299.

Another manuscript of the same century has a crude but spirited picture which brings us into close touch with the existing game Three figures are introduced and a jack. The first player’s bowl has come to rest just in front of the jack; the second has delivered his bowl and is following after it with one of those eccentric contortions still not unusual on modern greens, the first player meanwhile making a repressive gesture with his hand, as if to urge the bowl to stop short of his own; the third player is depicted as in the act of delivering his bowl. A 14th-century manuscript, Book of Prayers, in the Francis Douce collection in the Bodleian Library at Oxford contains a drawing in which two persons are shown, but they bowl to no mark. Strutt (Sports and Pastimes) suggests that the first player’s bowl may have been regarded by the second player as a species of jack; but in that case it is not clear what was the first player’s target. In these three earliest illustrations of the pastime it is worth noting that each player has one bowl only, and that the attitude in delivering it was as various five or six hundred years ago as it is today. In the third he stands almost upright; in the first he kneels; in the second he stoops, halfway between the upright and the kneeling position.

The game eventually came under the ban of king and parliament, both fearing it might jeopardise the practice of archery, then so important in battle. Statutes forbidding it and other sports were enacted in the reigns of Edward III, Richard II and other monarchs. Even when, on the invention of gunpowder and firearms, the bow had fallen into disuse as a weapon of war, the prohibition was continued. The discredit attaching to bowling alleys, first established in London in 1455, probably encouraged subsequent repressive legislation, for many of the alleys were connected with taverns frequented by the dissolute and gamesters. The word «bowls» occurs for the first time in the statute of 1511 in which Henry VIII confirmed previous enactments against unlawful games. By a further act of 1541—which was not repealed until 1845—artificers, labourers, apprentices, servants and the like were forbidden to play bowls at any time except Christmas, and then only in their master’s house and presence. It was further enjoined that any one playing bowls outside his own garden or orchard was liable to a penalty of 6s. 8d.(6 shillings and 8 pence), while those possessed of lands of the yearly value of £100 might obtain licences to play on their own private greens.

In 1864 William Wallace Mitchell (1803–1884), a Glasgow Cotton Merchant, published his «Manual of Bowls Playing» following his work as the secretary formed in 1849 by Scottish bowling clubs which became the basis of the rules of the modern game. Young Mitchell was only 11 when he played on Kilmarnock Bowling green, the oldest club in Scotland, instituted in 1740.

he object is to get one or more of your bowls closer to the jack than those of your opponents on each end – one point is scored for each counting bowl.

There are many different formats to the game, but the most common in England are singles or in teams of pairs, triples or fours. In singles, the winner is the first to score 21 points. In the other three formats, the winner is the team that scores the most points over a set number of ends. 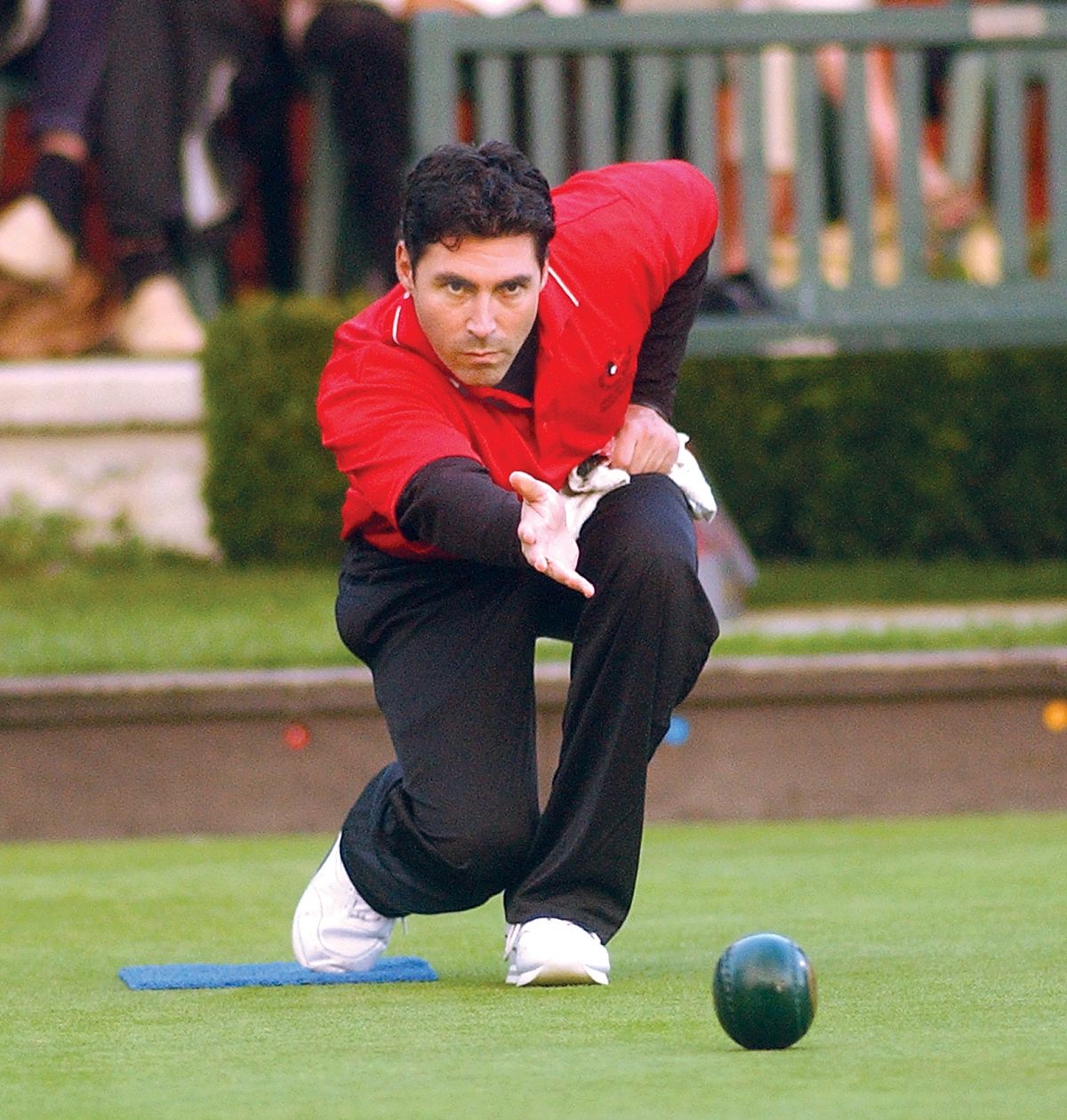